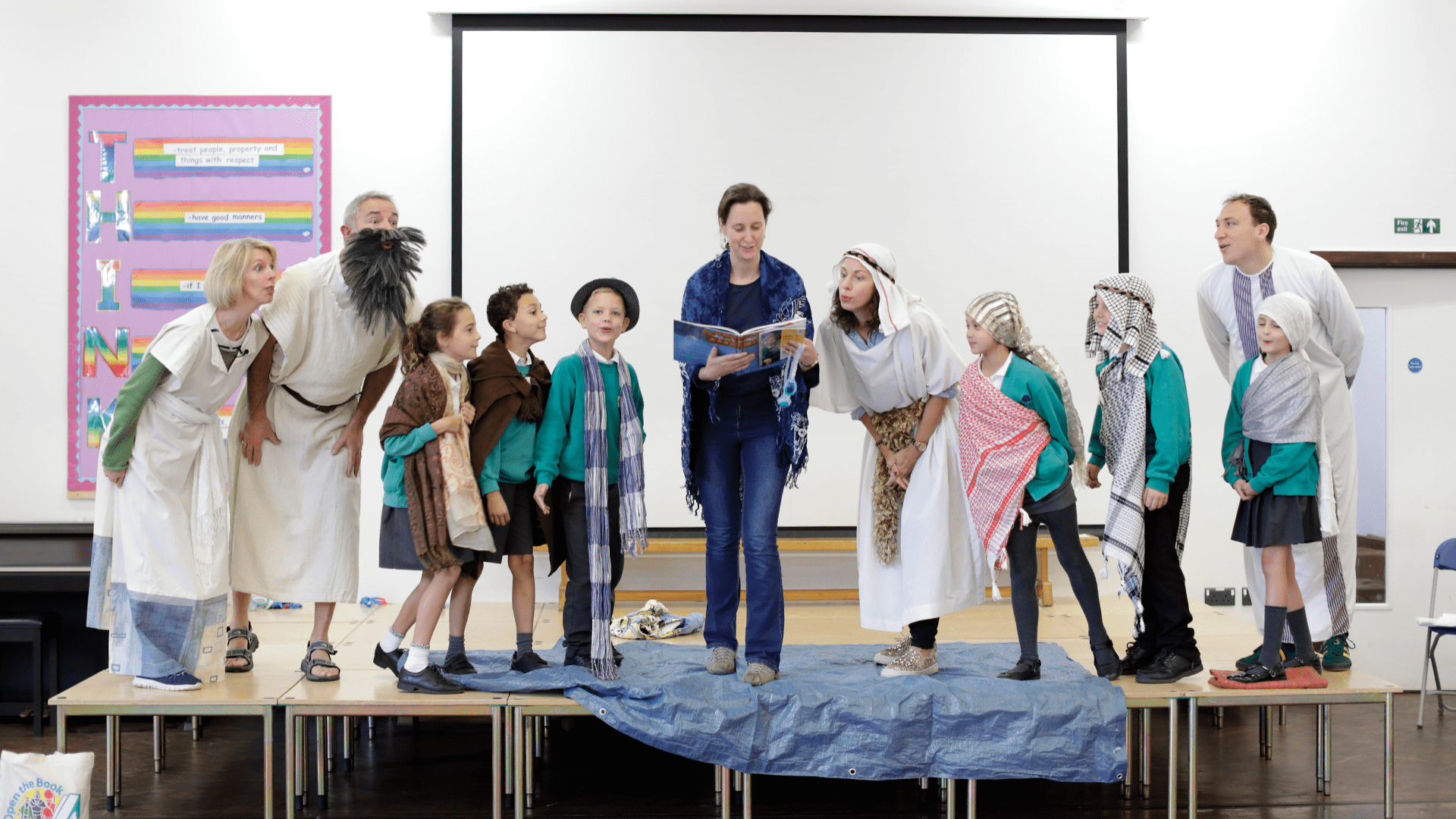 Open the Book was started by a couple of Christians in 1999, after praying about what they perceived as the lack of knowledge about the Bible Stories by children in Primary Schools. By 2007 it had been taken under the wing of Scripture Union and had become so large by 2013 that it was taken over by Bible Society.

It now covers thousands of schools and over 250,000 children a week in the UK. The stories, using the ‘Lion’s Storyteller Bible’, have been translated into Welsh and used in many schools in Wales, as well as England. It has also been piloted in Ghana over the past few years .

Knutsford Open the Book Team is also celebrating 10 years this year and has covered 6 local primary schools, as well as supporting the start of a group that now covers many of the Northwich schools.

To celebrate the twentieth anniversary of ‘Open the Book’ the National Team are hosting services across the country. KMC has been chosen to host the service on Thursday July 18th and will cover all of the North West .

If you would like to know more see openthebook.net/celebrations